Phuket lies off the south west coast of Thailand on the Malay Peninsula, approximately 8 degrees north latitude of the equator. It is nestled within the Andaman Sea, a marginal sea of the eastern Indian Ocean.

Seventy percent of Phuket’s area is covered in mountainous terrain, extending from north to south.

The mountains of Phuket are predominantly on the western half of the island, and are a subrange of the Tenasserim Hills, sometimes referred to as the “Phuket Range”.  This range was once a rich source of tin as far back as the 17th century.

Together with the island of Penang (part of Malaysia, to the south) this region of South East Asia was a major source of tin to European powers for over two centuries.

The remaining thirty percent are plains in the central and eastern parts of the island. Some of this land is agricultural land, or undeveloped forest or scrubland.

It has a total of nine brooks and creeks, but does not have any major rivers.  Much of Phuket has always been covered in dense forests, and in many areas still is.

Interestingly, Phuket’s most famous nightlife spot takes its name from the landscape that once dominated there:  literally translated, Patong means “the forest filled with banana leaves”.

Named for the neighboring province of Phang Nga, the bay itself laps onto the shores of Phuket’s east coast. 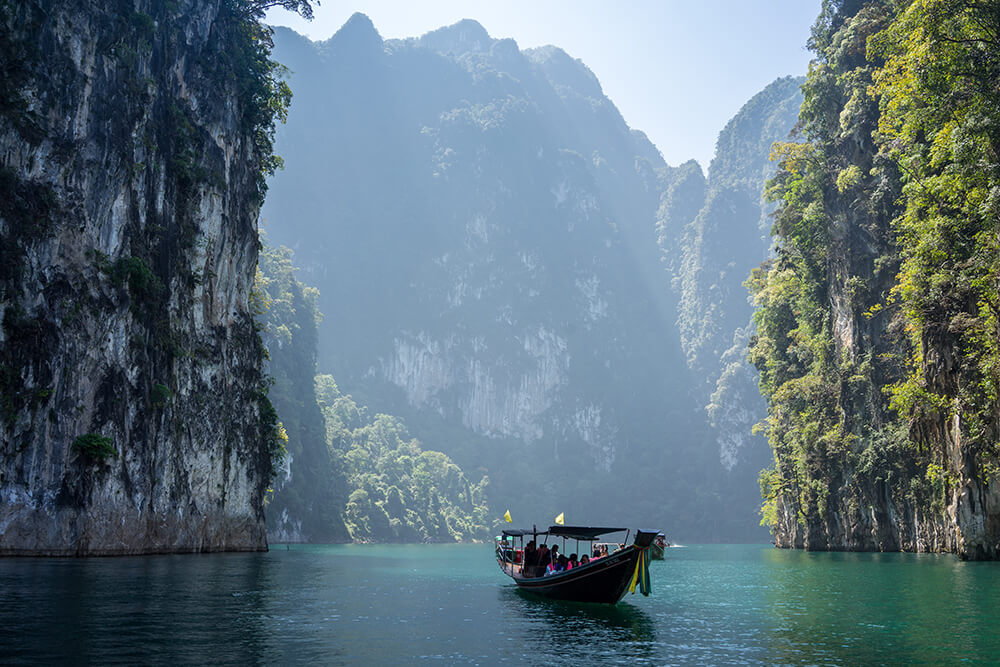 Phang Nga Bay is home to a spectacular array of limestone karst formations, jutting out of the water.  Some of these are already visible from the road, but they are best viewed up close.

You can hire a boat just to just to explore the karsts and the underwater caves. There are many package tours which will you take you into Phang Nga Bay as either a half-day or full-day excursion.

Phang Nga Bay is also home to Phuket’s “Sea Gypsy” fishing villages.  These ancient communities of Aboriginal Malay people have called Phuket home for thousands of years.  Their villages are virtually unspoiled by development or tourism.  Sea gypsies make their living from the sea, just as their ancestors have for millennia.

See our other articles on great things to do in Phuket: