Owning Property, including Phuket Villas, through a Thai Company Limited.  Is it Legal?

If you are interested in purchasing a Property in Phuket, or anywhere in Thailand for that matter, you must do your own due-diligence and educate yourself on the legalities before going ahead with any purchase.

Not only must you be familiar with the letter of the law, you must also understand what is meant by the “Spirit of the Law” in Thailand.

The reality of foreign property ownership in Thailand is this:  there is virtually no means for foreigners to own land or to take permanent possession of a landed property.

Unfortunately, many agents and villa developments across the island market their product as freehold property available for foreigners to buy. It is charitable to say that this practice is misleading.

Is Using a Thai Company Limited The Perfect solution?

Nevertheless, many foreign buyers are encouraged to circumnavigate the law by using a Thai company structure to purchase a villa because the company represents “Thai ownership”.

But if a Thai company is involved, the set-up is rarely likely to stand up to legal scrutiny, which buyers often find out too late.

Many of these “foreign ownership” arrangements have been struck down by the Thai courts, as they were not as legally rock solid as the foreign buyer was led to believe.

Most reputable real estate advisors today will explain to any foreigner interested in buying a villa the potential risks of purchasing landed property in Thailand.

They will either spell this out themselves, or recommend a competent and experienced lawyer to make the law crystal clear.

Purchasing a villa or house through a Thai Co. Ltd., obviously does have its advantages, the main one being that it gives the owner the perception of freehold ownership.

But there are also disadvantages, the most obvious of which is that the authorities have made it very clear that using a Thai Co. Ltd. solely as a “holding company” to own property is anything but legal. 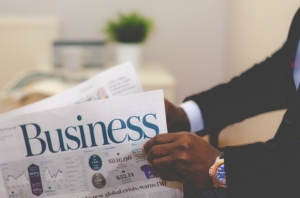 Owning a Business is Legitimate

Before going any further, let’s get a few facts straight:

It is perfectly legal for a foreigner to set up a Thai Co. Ltd.  Fact.

If they have legitimate Thai shareholders, who have invested in the company using their own monies, this type of structure is perfectly legitimate.  Fact.

The company may also invest in property if this property is a part of their business.  Fact.

The company may even be structured in such a way that allows preference shares with diminished voting capacity, thus allowing more operational control for the foreign shareholder.   Fact.

If the Thai Co. Ltd. has obviously been established with bogus (nominee) shareholders, who have not invested in shares of the company, it will likely be deemed illegal.  Fact.

If it is obvious that the Thai Co. Ltd. has been established purely to allow a foreigner to buy a villa – with no other legitimate business activity, revenue or any real intention of doing business – this will likely be deemed an illegal activity.  Fact. 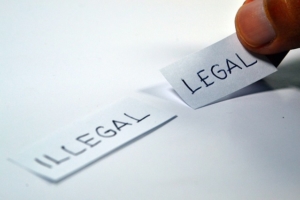 Which Laws are Being broken?

The biggest problem is that poor advice places investors and villa buyers in a precarious position.

Buyers are led to believe that the methods used to circumnavigate the laws are just loopholes which they are exploiting.  They are convinced that they are not breaking any laws.

But this is not the case.

They are told they are in compliance of the Land Act and the Foreign Business Act. They are told that owning a Thai company, which is a Thai entity not a foreign one, essentially means the buyer of a villa is a Thai (and therefore, everything is legitimate).

None of that is true either.

For many years now, officers at the Land Department have been ordered not to register land in the name of any company if it has foreign shareholders.

The strategy to get around this is that a lawyer or accountant will establish the Thai Company Limited with 100% Thai shareholders and Directors. They would then use this company to buy and register land at the Land Office.

Then later, after the registration of the land in the company name has been completed, the foreigner is added as director of the company.

Why would they possibly use this kind of deception, if everything was completely legitimate?

Whether this is explained or not explained to the foreign investor/buyer, the very fact that the authorities will not register land in the name of any company with foreign shareholders/directors should really sound the alarm bells.

The Land Department is fully aware this is taking place, and they are trying to curtail the practice.  Any future collaboration with other government departments, ones having the power to prosecute, may one day mean trouble for unsuspecting villa owners.

The Land Department only has to suspect that a purchase is being made on behalf of a foreigner for them to reject the registration of any land title.

For those involved in actively trying to deceive the authorities, the penalties can be severe, and they have been enforced.

Despite the fact that these structures will fall down under even the most basic scrutiny, these “holding companies” continue to be set up every day for foreigners who have no idea how much trouble or financial loss they could suffer should a crackdown begin in earnest.

Using a non-trading company with nominee shareholders is simply not a viable option for foreigners to own villas and houses.

Are Your Nominee Shareholders Legitimate?

Setting things up to appear real, while in reality they are bogus, may not wash either. The authorities have cracked down in the past, and the lengths to which they could go may include interviewing nominee shareholders.

Just a quick chat would, in most cases, establish how legitimate (or not) these shareholders are.

The Spirit of the Law – The Lawmakers’ Intentions

Finally, it is worth pointing out that the letter of the law may not always be the final word.  The letter of the law on land ownership, for example, actually states that foreigners “may acquire land by virtue of the provisions of a treaty giving the right to own immovable properties…”

It does not, however, mention that the last such treaty was terminated in 1970.  So while the letter of the law states land can be owned by foreigners, the absence of any treaty to allow such ownership clearly means the spirit of the law is that foreigners be denied ownership.

Any foreigner circumnavigating the law to purchase landed property with a holding company will still be found to be breaking the law because, if the matter were to go to court, the spirit of the law will always prevail.

No matter what you’ve been led to believe, if you are a foreigner and you control land through a Thai Company Limited, which is nothing more than a holding company, you must accept that you may at some stage in the future have that control taken away from you.

The fact that judges can enforce the Spirit of the Law in Thailand means there are no loopholes to exploit for foreign land ownership.

If not done correctly, your purchase of a house or villa using a Thai Company Limited, would not stand up to even the most basic and superficial scrutiny by the authorities.

Read more of our articles on the Phuket real estate market:

The Benefits and Advantages of Owning a Freehold Condominium in Thailand

What Exactly is a Leasehold?

What is a Condominium Sinking Fund?

The Different Types of Property in Phuket