Land, House and Villa Ownership by Foreigners in Thailand is perhaps one of the most hotly debated topics in the real estate sector here.

We always hear people complaining about the fact that they are not able to purchase a freehold house or villa in Thailand. But Thailand is certainly not alone with this form of legislation.

Many foreigners who arrive in Thailand for the first time become smitten with its people and culture. Newcomers fall in love with the country and decide quickly that this is a place where they’d love to own a tropical dream home.

But then they learn that foreigners are not allowed to own land in Thailand, and every way they look to circumnavigate the laws seems unappealing for many for them.

Illegal ownership of land is simply not allowed in Thailand and although things can be done properly using a Thai Company, the use of straw men or proxies might carry risks for all parties involved.

Of course, foreigners may own the buildings, but does not mean much when the land on which the property sits is limited by a lease contract. And under closer scrutiny, the idea of a leasehold does not inspire many potential buyers either.

What Exactly is a Leasehold in Thailand?

For those who feel hard done by this perceived raw deal, this article was written so that foreigners in Thailand can gain a better appreciation of similar restrictions elsewhere in the world, including countries which may come as a surprise.

Thailand is Far From Alone

Many people are, of course, under the misguided impression that Thailand is alone (or almost alone) in the world with their strict rules on foreign ownership. But we aim to show that this is not the case.

In fact, there are nearly as many countries which restrict foreign land ownership as there are which allow it.

Thailand is the Same as The Rest of South East Asia 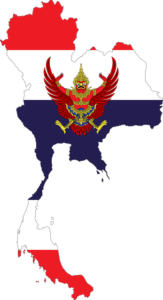 For anyone who has lived in the region for quite some time, they will know that most surrounding countries in South East Asia (bar Malaysia) also prevent foreigners from owning land.

These countries feel that allowing foreigners to buy land makes no sense. To open the doors to foreigners would, for the most part, irreparably change the dynamics of their property market.

And in a world with ever increasing money flow and global wealth production, that capital is forever searching for new homes, especially new property markets.

The main reason for land ownership restrictions is to keep the domestic market more affordable to a country’s own citizens. This is a problem that (so far) Thailand has been able to avoid.

If Thailand ever opened up to foreign freehold ownership of land, houses and villas, it doesn’t take a rocket scientist to work out that prices would quickly head for the stratosphere.

Even Many Western Countries Are Restricting or Limiting Foreign Ownership

In fact, even wealthier countries are changing their way of thinking. Many western countries have adopted, or are thinking of adopting, new measures to curb foreign buying.

Take the UK as an example. The ever rising real estate prices have prompted lawmakers and high profile figures to take a stance on foreign ownership. There is no avoiding the fact that prices in the UK have gotten out of hand, especially in London.

In the not so distant future, we may see new much higher capital gains taxes being levied on profits made from the sale of UK homes by foreigners. If the problem persists, even more drastic measures could be taken.

Australia, too, is taking this seriously after home prices have become unrealistic. In the land down under, there are already restrictions on foreign buyers in place.

They are now limited to the types of property they can buy, which is basically new construction projects only. Those who break the laws can see themselves with prison sentences or huge fines.

The Swiss are intent on curbing foreigners’ efforts to buy property, and in most cantons, there is a limit on the number of foreigners who can buy property each year.

Switzerland has long suffered extortionate property prices, and those cantons in the Alpine sate which have been less restrictive of foreign ownership have seen ridiculous prices for small apartments.

In those areas where local authorities have put their foot down, however, prices are more realistic.  This is fairly definitive proof that restrictions work to keep prices down. 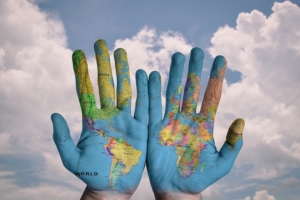 How About the Rest of the World?

If we really wanted to make an exhaustive list of the countries restricting foreign property ownership, you would be amazed how many other countries think the same way.

In fact, many western countries which are just now thing about narrowing the goalposts for foreigners are fairly late arrivals to the party.

That’s because out of all the countries in the world, approximately 195, nearly 40% have restrictions of some sort on foreigners being allowed to own property.

Some of these countries are not necessarily desirable for property investment. While there are certainly many desirable places to live in Africa, for example, most of the 54 countries there are currently not attracting droves of foreigner buyers of residential property  (agricultural or commercial land, however, may be a different story).

The same could possibly be said for many countries in South America, The Middle East or Asia.

Some are too far away to attract masses of foreign buyers, like a few countries in Oceania.  Some are just too small, or not technically an open market to begin with, such as the Holy See (or Vatican).

All of these are counted among the 195, but whether or not you decide to exclude these in the calculation, there are still around 78 countries that answer a resounding “no” to the question of allowing foreigners to buy freehold land in their countries.

Some of these might allow only partial ownership, which could mean leasehold is possible or even condominium ownership, but not freehold. That is simply out of bounds.

Even the nearly 100 countries in the world which do allow land ownership, many of these also come with restrictions. For example, Croatia, Turkey and South Korea are open only to certain nationalities because of reciprocity agreements. Dominica limits land ownership to only 1 acre. Some countries guard their agricultural land, others their residential.

In some countries you can buy, but only if you become a resident first. Egypt allows only 99 year leaseholds, and leases are also only allowed in places like the UAE.

So before your next pub conversation about how unfair it is that foreign ownership is not allowed in Thailand, consider that Thailand is no different to almost half of the world.

Thailand does allow you to own your own condominium, which some countries also restrict.  And there are condominiums, especially in Phuket, which are akin to owning a villa.

They have been both designed and legally structured ingeniously. So while you can never own a landed villa with a large garden, you can buy something very similar and own it legally and in perpetuity.

You can view some of these properties here:

Is There Any Way To Own Villas Legally in Thailand?

If you are a business man or an entrepreneur looking to start a legitimate buy-to-let or villa rental business in Thailand, then this is possible.

So the answer to this question is yes.

As mentioned above, these companies, however, can not be opened using nominee Thai shareholders who might be construed as “proxies” or “straw men”.

The Thai shareholders must be legitimate partners who have invested in the company and have roles and duties to perform.

The company must be structured correctly with full legal compliance, be conducting normal business activities in Thailand, and be seen as contributing to the Thai economy.

It must generate profit to its shareholders, file balance sheets, pay taxes, hold annual shareholders meetings and produce minutes of those meetings.

It must comply with Thailand’s business laws to dispel any doubt that it was established solely to purchase property for residential purposes.

You can view villas for sale in Phuket here:

Villas For Sale in Phuket

Please read some of our other related articles on the Phuket real estate market:

Buying or Leasing Land in Thailand