Why the Chinese are Buying Real Estate in Phuket?

At the time of publication, China’s population is 1.44 billion, which constitutes a staggering 18.5% of the world’s population. Its economic transformation over the last 50 years has seen it emerge like a butterfly from a chrysalis.  Once a “closed society” and tightly controlled economy, China is now a manufacturing powerhouse, and the world’s second largest economy.

As its economy continues to grow, increasing wealth is being distributed across the country.  Some of that wealth is now finding its way out of China and into the global real estate market.

Where are Chinese Buying Property? 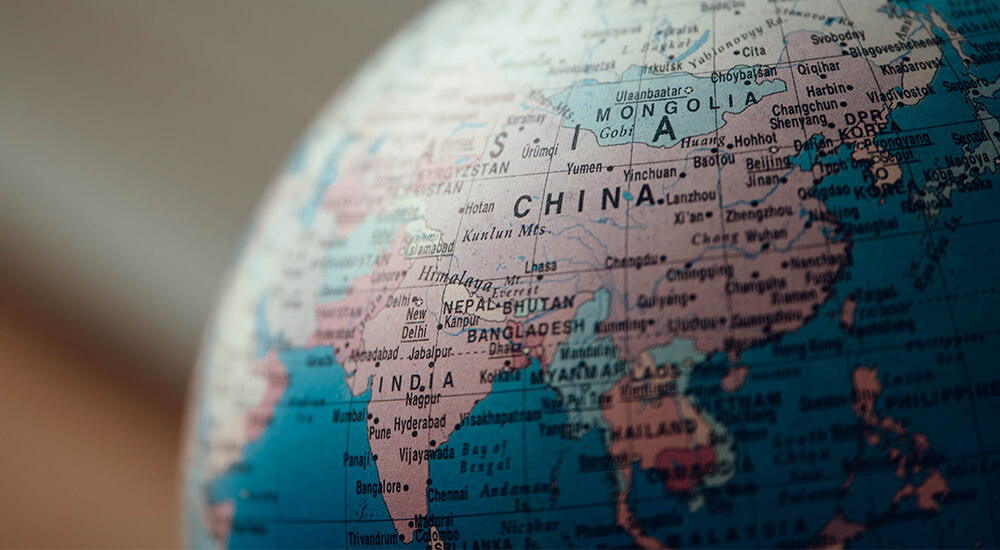 This new-found wealth, together with the freedom to travel, has helped Chinese nationals to buy property all over the world. It is estimated that the Chinese spent over US$100 billion on foreign real estate in 2017 alone.

As #3 on that list of inquiries, with US$100 billion total spent, there must be an astonishing amount Chinese money being channeled into Thai property.  And a large percentage of that will be finding its way into Phuket.

Why are Chinese Buying Phuket Property?

Well, the obvious answer is . . . because they can.

But seriously, Phuket is popular with foreigners of many nationalities, so why should the Chinese be any different.

Here are some of the reasons the Chinese are buying in Phuket :

Real estate is cheap in Phuket compared to China.  In many respects, Phuket property is better value for money than property in other countries on the Juwai list above. And prices for quality real estate in China today are broadly viewed to be grossly over-inflated. This is especially so in all the major cities. Most middle class Chinese have been priced out of the market in their own country, but Phuket remains affordable for them.

At the current price levels, the Chinese see plenty of potential for capital appreciation. Phuket is an island, so by definition land there is in limited supply. At some stage, developable land will run out, forcing prices to rise significantly.  Patient investors will profit handsomely.

Ask any Chinese national about the pollution back home. China has a severe pollution problem, one of the worst in the world. Phuket offers clean, fresh air and sea breezes.

Not only is the air purer in Phuket, but the quality of food is substantially better as well. This is not an indictment of Chinese food.  There are plenty of Chinese (and Thai-Chinese) restaurants in Phuket and the food is excellent.

What we are referring to here is the major problem China has with “fake” food containing unnatural ingredients. Cancer rates in China are frighteningly high, even for children, and some of this is attributed to the food.

The Chinese are familiar with and accept the concept of leasehold property. All property in China is bought on a leasehold basis because, by law, the government owns all the land in China.  Permanently!

Murmurings from China suggests that the current 70-year Chinese leasehold periods will be extended, but this has not confirmed.  A renewable 30-year lease is pretty attractive by comparison.

Chinese can buy freehold condominiums in Phuket, which is a concept that is unknown in China.  Ownership “in perpetuity” is a major attraction for Chinese buyers.

Many Phuket properties offer a return on investment. With interest rates currently sitting close to zero (0.35%), the Chinese see the opportunity to get rental yields of between and 5% and 8% per annum as too good to pass up.

Thailand is on their doorstep.  As the crow flies, it’s only 100 miles from the Chinese border to Chiang Rai province in northern Thailand.  Although a bit longer by road, it’s still only a 5-hour drive through Laos to Thailand.

While they are not likely to drive to Phuket, they can easily get there by air. There are countless flights to Thailand every day from most major Chinese cities. And 22 airlines currently offer direct flights from China to Phuket.

Some Chinese nationals admit that they are unsure of their own government. This uncertainty is driving them to get money outside of China and into another currency whenever the opportunity presents itself. Phuket and the Thai Baht are both attractive alternatives for them.

Capital controls in China don’t make it easy to transfer money out of the country. If anything, these restrictions on moving money make them more motivated to do so. Most Chinese are familiar with ways to move their Yuan over the border. Violators don’t seem too worried of being caught, possibly because the authorities don’t seem overly concerned with thwarting their efforts.

Many Chinese are Taoists, Buddhists or Christians. The cultural connection to Buddhism may be reason for choosing to buy in Thailand. And while Phuket is predominantly Buddhist and Muslim, Chinese temples and Christian churches can also be found in abundance on the island.

Phuket has Chinese roots. The arrival of the Chinese in Phuket is not a new thing. The Chinese have been coming here for more than a century, ever since the tin mining industry dominated the economy of the island.

In addition to influencing the cuisine (which the Chinese have done everywhere in the world) the settlers in Phuket also left a lasting legacy in the architecture.  The style of buildings in the Phuket Old Town is referred to as either Sino-Portuguese or Chinese Baroque.

Thailand actually has the largest overseas Chinese community in the world. There are approximately nine million ethnic Chinese in Thailand.  Even though most have long since integrated into Thai society, and adopted Thai names, their roots are Chinese. Chinese-Thais make up nearly 14% of the Thai population.

In addition to that, Phuket and Thailand may offer freedoms that Chinese nationals feel they do not get at home. Maybe they just feel more comfortable in Thailand, or feel that they can “let their hair down” and be themselves.  Like the rest of us, they also love the Thai people and the Thai culture.

Although the Chinese have been buying property for some time now (some them over 100 year ago), we have recently seen a marked increase in the numbers of Chinese establishing residency on the island.  It certainly looks as though they are here to stay, and the numbers are likely to keep growing.

The Chinese market will be a fundamental driver in Phuket real estate moving forward.  As the number of Chinese tourists increases, so too will the number of those exposed to the benefits of Phuket property investments.

This is a relatively new segment of buyers, and as it grows it should result in an increasing buoyancy for the real estate sector, both in Phuket and the rest of Thailand.

While we may have a tendency to generalize, ultimately every individual’s reasons for buying property is different.  The contributing motivating factors are as varied among individual Chinese just as they are with individual Germans, Australians or Russians.

That said, the Chinese tend to have one characteristic or idiosyncrasy that defines them:  They all love a good deal!!!

Then again, in that they are no different to anyone else.

Please see some of our other related Phuket property articles:

Buying Property in Phuket Thailand as a Foreigner: Purchase Procedure