Visiting Phuket means that you must expect a tiny bit of rain, no matter when you decide to come. This is the tropics, after all, so even if it falls while you are sleep, leaving barely a trace come morning, rain is inevitable.

If you suffer from pluviophobia (that is right, “fear of rain”) and insist upon the most reliably dry weather and cool temperatures, then you want to visit Phuket in either January or February.

December and March are only marginally wetter, and slightly warmer, so these would also be good options.  If however, you enjoy surfing, then you want to visit Phuket when seas start getting choppy in May.

It is worth pointing out that there can be large fluctuations in rainfall from year to year, with some years being especially dry and some years being excessively wet. To cite a very recent example, the last 12 months in Phuket have seen 820mm (32 inches) more rainfall than the annual average.

Unfortunately, no meteorological service in the world is equipped with a crystal ball, so there is no way of predicting exactly what weather you will have at the time you book your vacation.

But by choosing the right time of the year for the weather conditions you want, you can certainly increase the odds of a successful holiday.

Phuket weather guide 2019 : What to expect month by month

This is probably the best month of the year to visit the island, although it is also one of the most expensive, especially around the New Year’s holiday.

As we slip into the new year in earnest, the weather becomes almost sublime for beach goers. Temperatures are cooler, the sky is cloudless, and the sea is wonderfully blue, crystal clear and as flat as a pancake. 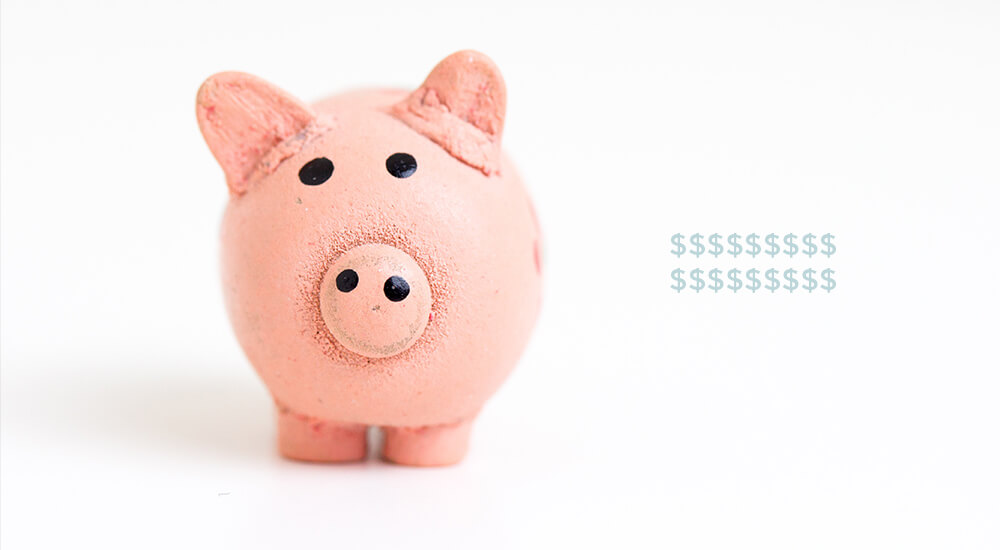 You’ll see very little rainfall in January. In fact, on average, it has less than one tenth of the rainfall that you can expect in September (the rainiest month of the year).

For the most part, the weather in January and February is indistinguishable.

Temperatures rise ever so slightly in February, but you were keeping a spreadsheet, you’d hardly notice the difference. More noticeable is the fact that February is the month with the least rainfall of the year.

In unusually dry years, January and February get almost no rain at all. Conversely, in an atypically wet year, rainfall in January or February can approach or exceed the totals seen in a dry-to-normal July and August (e.g. 2018 saw over 7x the average January rainfall, and the 271mm was 10mm more than the average July).

Look at any graph and you’ll see both rainfall and temperatures start to rise for March, especially after the middle of the month.

For the most part, you’ll still get the same crystal clear calm seas as in January and February, but you may notice the appearance of a few more clouds above.

You should also prepare for the odd rain shower, although most of the time these are fleeting and don’t interrupt your plans. Evenings become a little warmer.

If you want to get the best value for your money, April is the best time to visit Phuket.  The weather is almost the same as March. Temperatures are higher, the evenings are a bit more humid, and the rain showers are more frequent during the day (but these quickly dry up).

But most of the day is dominated by blue skies and sunshine, and this is the month when hotel and resort rates really start to come down. You can find excellent deals in April, and especially in the first half of the month, the weather is usually excellent. (In fact, April tends to be the hottest month of the year.)

The monsoon winds begin to change in April, so the closer we get to May, the more unpredictable the weather becomes. The seas will begin to lose their flatness, become rougher and the waves will pick up.

Here comes the rain. May is the third rainiest month of the year, which is a great way to usher in the rainy season with gusto.

This is an unpredictable month, so anyone in search of sun and sand in May are often disappointed.

In especially wet years it can feel like it never stops raining for the entire month. Case in point:  395mm, more than 1 foot of rain fell in May, 2017. That was 40% more than normal.

The seas gradually get rougher, which is perfect for surfers, who can begin to be seen on the beaches. Temperatures are slightly lower than in April.

After the onslaught of the rainy season in May, things calm down a little in June. It rains far less, and as the month progresses, you can often expect a week or two of clear skies and sunshine due to the Inter-tropical Convergence Zone.

June is another good “bargain choice” for a holiday because it has only the sixth highest monthly rainfall. Prices for accommodation are even more competitive than in April. Temperatures also come down a little bit this month.

But with the seas still rough, it is usually a great month for surfers.

That rainfall which tailed off in June starts to pick up again in July (but still nowhere near the levels seen in May). Although it rains a lot more, much of this is at night, so you can get lucky with the sunshine, especially in the early part of the month.

There are usually plenty of breaks in the clouds during July, offering time to catch a tan. The temperatures also drop a little, and the evenings are less humid.

Rainfall does tend to pick up a little in August, especially as it gets closer to the end of the month, but on average it is not that much different than July. If you are going to travel to Phuket in August, try to make it during the early part of the month.

It is worth pointing out that in exceptionally dry years, June, July and early August can be as good as high season, with the only difference being rougher seas and a stronger sea breeze. August temperatures have been known to come down a bit as the month progresses.

August could be called the “calm before the storm”. The reason you want to aim for the early part of the month is because you can expect a protracted period of rain as you move into September.

Ok . . . here comes the storm!!! September is the month to avoid if you don’t want to wear a plastic mac and wellington boots the whole time you are on your holiday. In some years, September can take on one fifth of Phuket’s entire annual rainfalls. 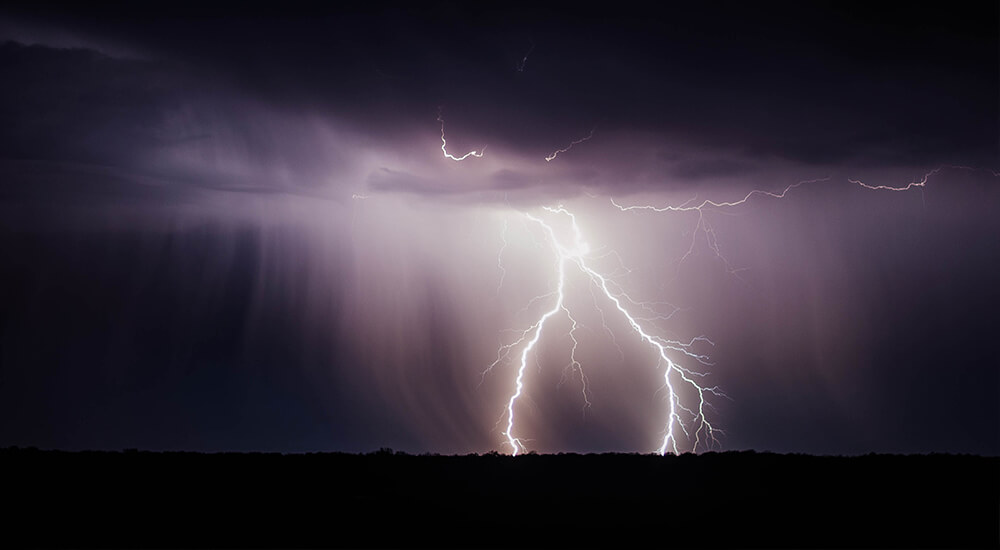 September is just wet. It rains at night and it rains during the day. You’ll encounter floods, hear lots of thunder and see the skyline brightened by lightning most nights.

Forget about making plans for a day trip. Unless you are exceptionally lucky, it will be a wash out.

But if you love being drenched, and appreciate the coolest temperatures, then this month is for you.

As we move into October the rainfall tails off, but it is still number two in the rainfall stakes, and not a month to risk a holiday, especially if you are determined to go home with a tan.

Good deals on hotels are everywhere in October, but don’t expect a guarantee of blue sky and sunshine. If you must come in October, then aim for the later part of the month. There is a higher probability of sunny days as we inch closer to November.

If August is the calm before the storm, then November is the storm before the calm. Although officially the start of the high season, it may not always live up to expectations.

November is very much a transitional period, so you can never predict exactly when the low season will end and the high season begins.

The general rule of thumb used by locals is the arrival of the first full moon.  If the full moon arrives early in the month, better weather for the rest of November is more likely, however, this is by no means an exact science.

Either way, the weather is almost always a vast improvement on the previous two months. November has on average 40% less rainfall than October. You should reasonably expect bluer skies, slightly lower temperatures and less humidity as Phuket slowly moves into the peak season.

No matter what November has in store for you, by the time December rolls around, the weather will certainly take a turn for the better.

You’ll still see a few rain clouds float past, delivering the odd shower, but just as in March or April, these tend to be more of a minor inconvenience rather than a reason to cancel your plans for the day.

December’s total average rainfall is only slightly higher than that in January or February, and it is slightly lower than average March rainfall.

December prices might be high, but it’s almost guaranteed that you’ll enjoy your holiday immensely. Temperatures  come right down, and the evenings are far more pleasant and less humid. In fact, December tends to be the coolest month of the year.

The Absolute Best Time to Visit Phuket in 2019