THE ROLEof China in the Growth of Phuket’s Property Market

Over the last few years leading up to 2019, there were more visitors to Thailand (and Phuket) from China than from any other country. But although the influx of people and capital from China were key driving forces in the tourism and property sectors, this is no longer the case.

China’s population (at the time of publication) is 1.40 billion, which constitutes a staggering 18% of the world’s population. Its economic transformation over the last 50 years has been astounding, becoming a manufacturing powerhouse and the world’s second largest economy. Most forecasters agree that in the next 15 years it will overtake the USA and become the largest economy in the world.

As the economy continued to grow, Chinese nationals were using some of their new-found wealth to purchase property overseas, and are estimated to have spent over US$ 100 billion on foreign real estate in 2017 alone. Much of this money found its way to Thailand, especially Phuket.

At one time, China’s largest website for buyers of overseas property, Juwai, placed Thailand third on its list of countries receiving enquiries from prospective Chinese property investors. Unfortunately, travel restrictions for Chinese nationals and currency controls have meant that the boom that Chinese investors created in Phuket have come to an end. We hope that this proves to be only a temporary respite. 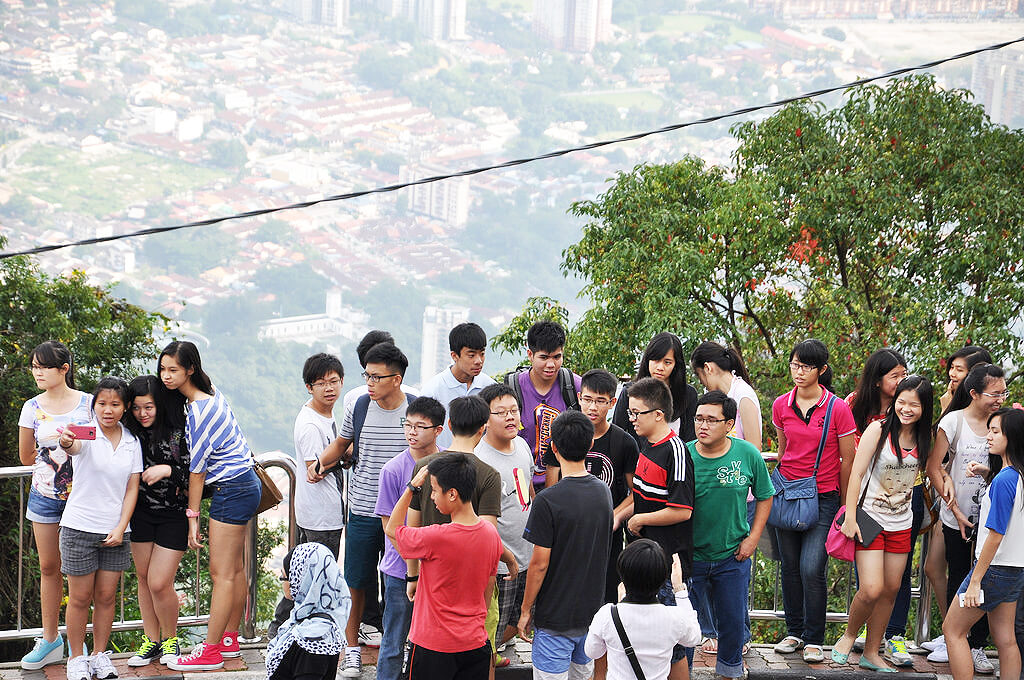 Whilst quality real estate in China today is still generally considered to be over-priced, especially in the major cities, we will need to see some internal changes and a relaxation of the stringent travel restrictions placed on Chinese nationals  before resuming to the previous buying frenzy. The attraction of investment condominiums, as well residential or investment pool villas was significant prior to 2019. Most middle class Chinese have been priced out of the market in their own country, and so many Chinese viewed Phuket, not just as a tropical paradise, but as an affordable place to invest their money.

At time of writing, China has further tightened restrictions on ‘non-essential’ travel and has seen one of the longest lockdowns in the world in some cities in an attempt to achieve their “Zero Covid” policy. The authorities have even stressed they will be reviewing further the issue of travel documents to Chinese nationals, meaning there is no end in sight for the most stringent policies in decades.

Compared with China, real estate in Phuket is cheap, and in many respects, represents better value for money than property in other countries named on the Juwai list referenced above. But without the means to get to the island and the ability to easily transfer currency overseas, we will have to wait with baited breath for China to truly open up again.

Prices are not the only factor why Chinese are eager to get back to the Phuket real estate market.

Here are some other reasons why the Chinese are investing in Phuket:

Here are some other reasons why the Chinese are investing in Phuket:

The Chinese are familiar with and accept the concept of leasehold property. All property in China is owned by the government – Permanently! – so the only option in China is leasehold.

Foreigners can buy freehold condominiums in Phuket, which is a concept that is unknown in China. Ownership “in perpetuity” is a major attraction for Chinese buyers.

With interest rates currently sitting close to zero (0.35%), the Chinese see the opportunity to get average rental yields of 6% – 7% per year as too good to pass up.

It’s On The Doorstep:

As the crow flies, it’s only 100 miles from the Chinese border to Chiang Rai province in northern Thailand. Although a bit further byroad, it’s still only a 5-hour drive through Laos to Thailand. This relative geographic proximity makes Thailand a very attractive destination.

There are dozens of flights to Thailand every day, departing from most major Chinese cities. And 22 airlines currently offer direct flights from China to Phuket.

Some Chinese nationals admit to being unsure of the future prospects for the Chinese economy. This uncertainty is driving them to get money out of China and into another currency. Phuket and the Thai Baht are both attractive alternatives for them.

In addition to being unsure about their economy, many Chinese are equally unsure of their government – the same government which imposes capital controls to restrict the transfer of money out of China. If anything, these restrictions have served as a greater motivation to move at least some of their money. Most Chinese are familiar with ways to move their Yuan over the border, and violators don’t seem too concerned at the prospect of being caught.

The volume of Chinese buyers in Phuket was somewhat lower in the second half of 2018, owing in part to a boating accident involving Chinese nationals (see A Relatively Recent Swan on pg. 66). During this time, the country has also been clamping down on people taking money out of China (as mentioned above).

Money coming from China will be a fundamental driver in Phuket real estate for the foreseeable future. As the number of tourists increases, even more Chinese will be exposed to the benefits of Phuket property investments. This is a relatively new segment of buyers, and as it grows it should add increasing buoyancy to the real estate sector, both in Phuket and the rest of Thailand.

THE INDIAN SUBCONTINENT AS A KEY DRIVER AHEAD?

Could India fill the China gap? We hope so.

Before the world experienced Covid, India sent the seventh largest number of tourists to Thailand each year. But the important point to note here is that the 1.3 million visitors made up only 0.1% of India’s population. To put this in perspective, the Netherlands ranks sixth in terms of visitors to the UK each year, but the 2.06 million people who travel from Holland to Britain annually represent nearly 12% of the Dutch population.

Numbering nearly 300 million, the Indian middle class is over 17x the population of the Netherlands. That is only the middle class, and that number is expected to double in the coming years. This largely untapped market could not only boost tourist numbers in Thailand, but also property sales.

As with China, India is geographically close to Thailand, making this a convenient country in which to own an investment property or a holiday home. The straight line distance between Calcutta (in the east of India) and Chiang Mai (in northern Thailand) is only 736 miles (1,185 km), making it only a 1 hour 20 minute flight. The flight time to Phuket is only 2 hours 15 minutes.

People who are worried about the impact of overseas travel bans and currency controls in China feared that this could have decimate the Phuket property sector. But don’t forget, Phuket has been here before. In fact, many times. When a Euro depreciation saw Western Europeans stop visiting, Russians picked up the slack. When the Rouble declined, and Russian tourist numbers fell off, the Chinese picked up the slack. If the world gets back to normal but Chinese investors stop buying, then we have no doubt that some other nation’s tourists will take up some of the slack.

Because Indians have not been coming to the island in large numbers in the past, sales of property to Indians remains a largely untapped market. Since Indians are not yet an established clientele, it may be perhaps premature to expect investors from the Subcontinent to make up for any drop off in sales to Chinese buyers. Nevertheless, Indians have only a little trouble transferring money overseas and certainly don’t have any travel bans. It will be interesting to see whether any future large numbers of Indian tourists might impact Phuket Real Estate as we move further into the 2020’s.

What is truly encouraging is the fact that the 1.3 million Indians who visited Thailand before direct flights were available now have even more options. Prior to Covid, there were 5 direct flights per week from only 2 cities. How much more will Indian tourism (and property investment from Indian nationals) in Phuket grow when flights begin again in earnest from other Indian cities? 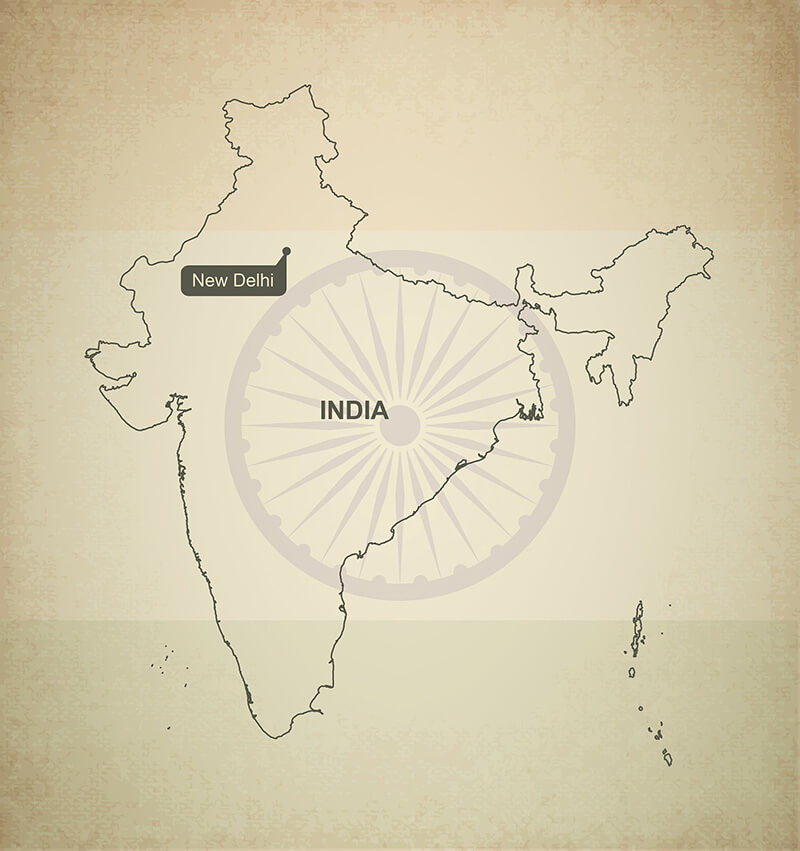 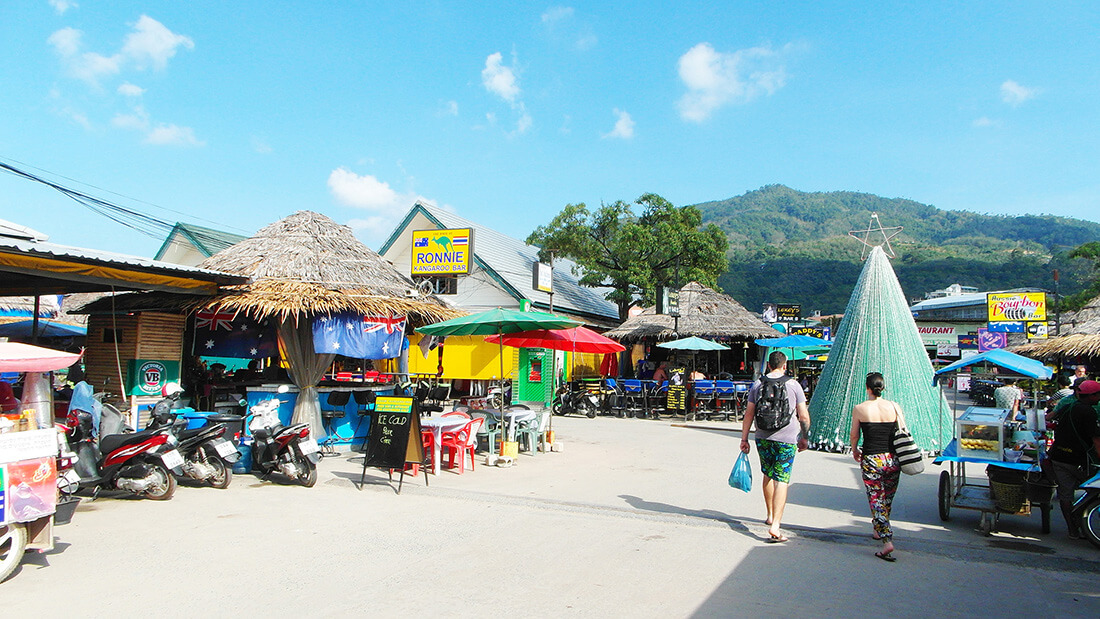 The Russian Market in Phuket

It should therefore come as no surprise that before Covid, Russian investors ranked only behind the Chinese for the most property bought in Phuket each year.

Until five years ago, tourism and investment from Russia could be seen everywhere on the island, but that changed with the depreciation of the Rouble. The Rouble is certainly volatile but if the stabilisation of their currency contimues, we will likely see many Russians flock back to Phuket in droves. This is especially so as Thailand welcomes Russian tourists, whilst direct European flights from Russia seem to have reduced significantly. If the Thai authorities and the Thai tourist sector continues to welcome them with open arms, then we expect to see more Russian nationals as the world starts to open up again. Phuket still has many Russian restaurants and many shops, pharmacies, massage etc. still have signage in the Russian language. There is also a large expatriate Russian population living happily on the island, which is easily visible by the number of Russian children in the international schools.